PSU sector refers to the sector where the companies are owned by the government of India. Indian stocks of this sector had performed well in 2016 when compared to broader index Nifty. The index measuring the performance of PSU stocks, known as Nifty PSE had generated 18% return while nifty 3% during last year. There are twenty PSU stocks under Nifty PSE index.

It’s good that PSUs have outperformed the market in 2016.

But why it will also outperform in 2017 or beyond?

Let’s look at the four major factors that are driving the PSU stocks that will help understand that whether listed stocks of government owned companies will continue performing in near year after a long period of doldrums in their share prices.

4 Factors That Will Drive PSU Stocks in 2017 and Beyond

Government companies inherently distribute dividends out of their profit to government and other shareholders and most of these companies possess healthy order book throughout the year. For expanding their business they don’t have any problem with capital expenditure as the government is always ready to deploy funds for such purpose.

But most of the PSU companies haven’t performed well since their going public mainly due to improper governance which has resulted in lower valuations over the period of time.

The central government under the leadership of Mr. Modi had, however, changed the entire landscape of doing business for companies including those for government companies which had ensued for good performance of these PSU’s in recent past. The following four factors are also capable of keeping PSU companies well performing in years to come and hence will be a good choice to invest in them.

PSU’s like Coal India, PFC, and REC fetches above 6% dividend yields at current market prices. Further, oil related companies have to distribute 30% of their yearly profit as dividend. Also, most of the PSU stocks pay dividends except few-loss making PSU banks.

Some of the good PSU stocks like NTPC, NMDC, NALCO, Oil India, ONGC, PFC, REC, NHPC, and SJVN are also trading below two book value which also makes them quite attractive from the valuation point of view and hence will be a good pick.

Government owned companies don’t have any funds blockage when it comes to CapEx, i.e., capital expenditure. Projects undertaken by such PSU companies are turnkey in nature with long gestation period which requires the huge amount of capital at every stage.

However, the returns lag due to long gestation period for such companies. Also, recent volatility in commodity prices has not affected PSU from undertaking CapEx.

PSU which is associated with manufacturing like Engineers India, BEL and BEML have strong order book order for FY-17. Thus, the future earnings of such PSU’s remain on the higher side. Hence, this will also reflect on PSU stock prices.

Modi government is trying hard not to interfere in the decision-making process of PSU’s. And to some extent have also reduced red-tapism. Red tape refers to excessive regulation or rigid conformity to formal rules. This is considered redundant or bureaucratic and hinders action or decision-making of the PSU’s.

Since inception, the governance at the PSU’s was largely interfered by the government. This interference had hindered not only proper growth but also value unlocking. However, measures were taken by the government which succeeded in making PSU’s more transparent, accessible and friendly to investors. Bringing in more independent directors, to the board of such PSU’s is one such initiative.

The government needs funding to meet out its various requirements. The regular dividends from these PSU’s are the good source of income for them. Also, some of the fiscal pressure is lowered through selling some of its holdings in such profit making PSU’s. Thus, in order to get more from such PSU companies, strong performance is needs. 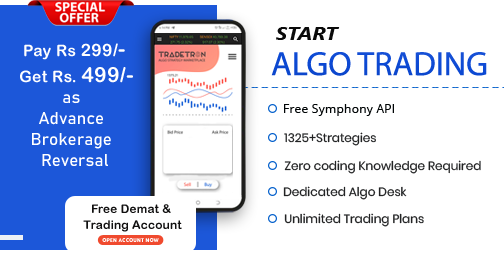 Send Enquiry
Open chat
RMoney India
Welcome to RMoney
More Info visit at https://rmoneyindia.com/4-reasons-psu-sector-shine-2017-onward
How May I Help You?