Top 5 US Economic Data to Watch

Unites States (US) economy is the largest economy in terms of nominal Growth Domestic Products (GDP). It also holds top place in terms of net wealth among all and second largest by purchasing power parity (PPP). Its currency, US dollar, is the most used currency in global transactions and also the world’s foremost reserve currency. The health of overall economy of United States is vital to watch for investors and traders all around the world so as to make informed decisions. Here we are going to discuss top 5 US economic data that impact the US dollar and hence other currencies.

The healthier the job market the better is considered for any economy. The data of Initial Jobless Claims measures the number of people who filed for unemployment insurance for the first time during the last week. As more people file for jobless claims, it is considered negative for the US dollar. While the less number of US jobless claim data considered as positive for the US dollar. This economic data is published weekly by the U.S. Department of labor.

Gross Domestic Products (GDP) measures the annualized change of all goods and services produced by the economy and the change in values are inflation-adjusted. It is the primary indicator of the economic health of a country and measures economic activities on a broader level. If the numbers are more than forecasted values then it is considered as positive for the US dollar, while the lower values than forecast considered as negative for the US dollar. This data is published monthly on the US Bureau of Economic Analysis.

Conference Board (CB) Consumer Confidence measures the confidence level of consumers in the economy. When consumers are optimistic about the overall health of the economy, they tend to spend more and more consumption by them brings more growth. A number that is more than forecast is generally considered positive for the US dollar, while a decrease in actual number than forecast considered as negative for the US dollar. This economic data is published monthly by Conference Board.

Existing Home Sales count the annualized number of existing residential buildings that were being sold in the previous month. This data helps in measuring the strength of the U.S. housing market also it is a critical indicator of overall economic growth. A number that is greater than the forecast value generally considered positive for the US dollar, while a value that is lower than the forecast number generally considered negative for the US dollar. This data is published monthly by the National Association of Realtors.

The Institute of Supply Management (ISM) Manufacturing Purchasing Managers Index (PMI) Report data is collected by replies to questions asked to purchase and supply executives in over 400 industrial companies across the United States. A number that is more than the forecast value is generally considered positive for the US dollar, while a reading lower than the forecast value is generally considered negative for the US dollar. This data is published monthly by Institute for Supply and Management.

As the US dollar is a vehicle currency to other world countries, any impact on the US dollar affects other country’s currency. So it is always advised to investors and traders to keep an eye on US economic indicators to make informed decisions in their trading or investment.

By Signing up, we guarantee you an... 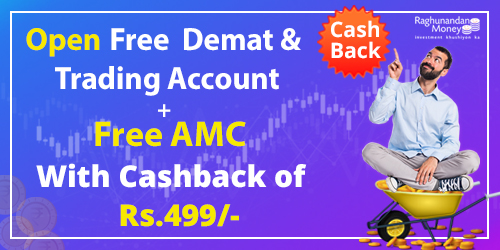 Send Enquiry
Open chat
RMoney India
Welcome to Rmoney
More Info visit at https://rmoneyindia.com/research-blog-traders/top-5-us-economic-data-to-watch
How May I Help You?